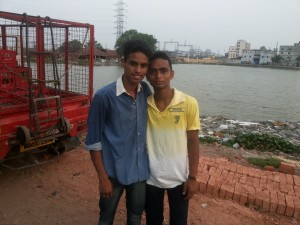 performed excellently in their class x board examinations. The two boys had been studying hard for the past year and their efforts were rewarded after a nervous wait for their results.

They sat their exams back in March and had been waiting anxiously over the last six weeks for their results declaration. By the middle of May with the India general election coming to a close the Council for the Indian School Certificate Examinations declared that the results would be released at 3pm on May 21st.

When the results came Imran had scored 84% in Commerce Stream scoring the highest marks in his school and Akbar achieved 70% taking Science stream. It was a great achievement for both of them to perform so well considering the difficult backgrounds they both come from. Both boys have studied together for over ten years in Harvard House High School in Calcutta.